The Dell PowerVault MD3200i is an iSCSI SAN device.  It comes with two raid controller each with it’s own management network interface, located on the back of the unit.

Generally speaking, most management of the unit is done through the “Dell Modular Disk Storage Manager” application.  Problems can arise if you’ve purchased the Dell PowerVault MD3200i used / from someone else and have no idea what the IP and or username / password is.

Please see below for the steps to reset the Dell PowerVault MD3200i to factory default settings.

You will need the serial management cable.  This cable has a connector that resembles a PS2 plug on the one side and RS232 COM port on the other and can be purchased directly from Dell or through eBay. 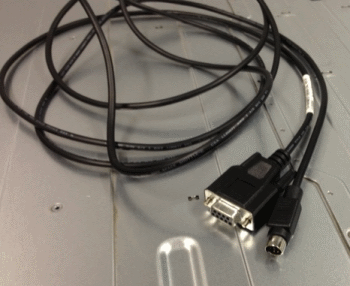 When the lead is connected,  use Putty to establish a serial connection.  You will need to set the baud rate to 115200 ( see details below ) 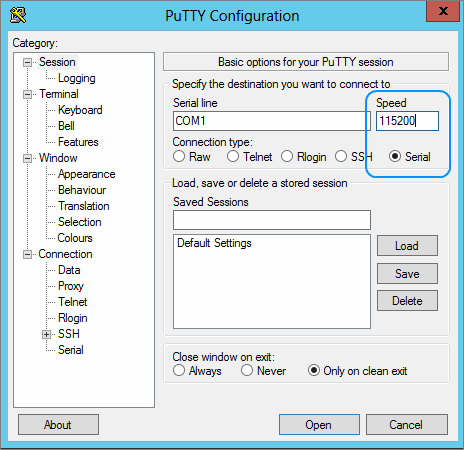 To get into the service menu you need to press the following keys in the Putty Terminal Windows:
<Ctrl> & Pause / Break

Then type CAPITAL S for Service Interface followed by the enter key.
The default password here is “supportDell” – case sensitive.

From here you can: 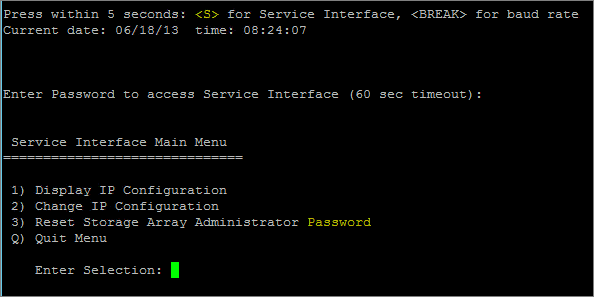 It is a pretty straight forward text based menu procedure to complete any of the steps above.  Please note that you will have to reboot the Dell PowerVault MD3200i for any of the above steps to take affect.

Alternatively, if you have the IP addresses already or they are still on their default IP address 192.168.128.101, you can reset the password by pressing and holding for 5 seconds the “password reset button” which is located on the rear of the Dell PowerVault MD3200i, right beside the controllers. 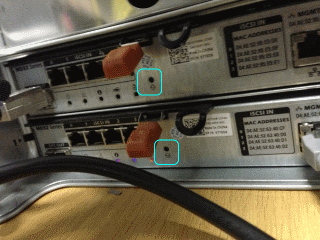 Still having issues resetting or accessing your Dell PowerVault MD3200i? Contact us via @planitcomputing or via telephone on 014852222 for assistance.

Are you using Sky Broadband in your home or business?  Are you still using the default wifi password?  Your business / home network is a potential target for hackers.

Back in December 2013, we published a post ( http://www.planitcomputing.ie/blog/?s=upc&submit=Search ) about the wireless algorithm used by UPC and how it was particularly weak against an offline dictionary attack which could allow intruders onto your network if the wireless key was cracked.

It seems Sky Broadband use the exact same algorithm in their home / business routers. ( Model SR101)

We notified Sky Broadband about the problem in January 2014.  Sky Broadband are still supplying customers with modems / routers ( SR101 ) that use this weak algorithm to generate the wireless keys for each user.
At the time, graphics cards were expensive and clustering several machines was not financially viable to the average hacker.

In December 2013, we purchased a used rig, comprising off:

We generated 26 dictionary files using “mask processor” by ATOM, piping each letter out to its own file, for example:

We now had the complete key space, partitioned into 26 different files.  This allowed us to distribute the brute force attack amongst multiple computers.  There are other ways with ocl-hashcat but this was the simplest.

Using our Radeon HD5850 on standard settings, we were hitting 80,000 keys per second.  Breakdown below:

For €185, we had built a computer that could crack the default Sky Broadband wireless password within 30 days.  The WPA-PSK handshake / password we tested started with the letter S and was cracked within 96 hours.

We ended up getting a second machine for the same price which resulted in our maximum cracking time being reduced to 15 days.

If you’re using the default wireless password on your Sky Broadband connection, we recommend changing it immediately to a more secure password, using a mix of letters, numbers and symbols.

If you have any queries or questions on the above, please feel free to leave a comment.